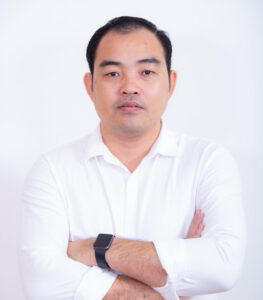 Leang Y graduated from the School of Management at the Asian Institute of Technology  (AIT) in 2007. His graduated with Degree in Mechanical Engineering from the Institute of  Technology of Cambodia (Techno) in 2003. He holds 2 titles from the Board of Engineers  Cambodia (BEC), the ASEAN Engineer and Professional Engineer. He is also awarded the  Award of Excellence from the ASEAN-China Outstanding Young Entrepreneur in 2015, and  ASEAN Business Award of Excellence in 2016, 2017, and 2018 in Employment and Growth.

After graduating from AIT, Leang Y begin his career as General Manager in a trading company, giving him a chance to apply what he have learned from his MBA degree, from the beginning of the start-up phase to being a proﬁtable ﬁrm, before moving on to setting up  Lotus Green Team in 2012.

If You Need Any Industrial Solution ... We Are Available For You